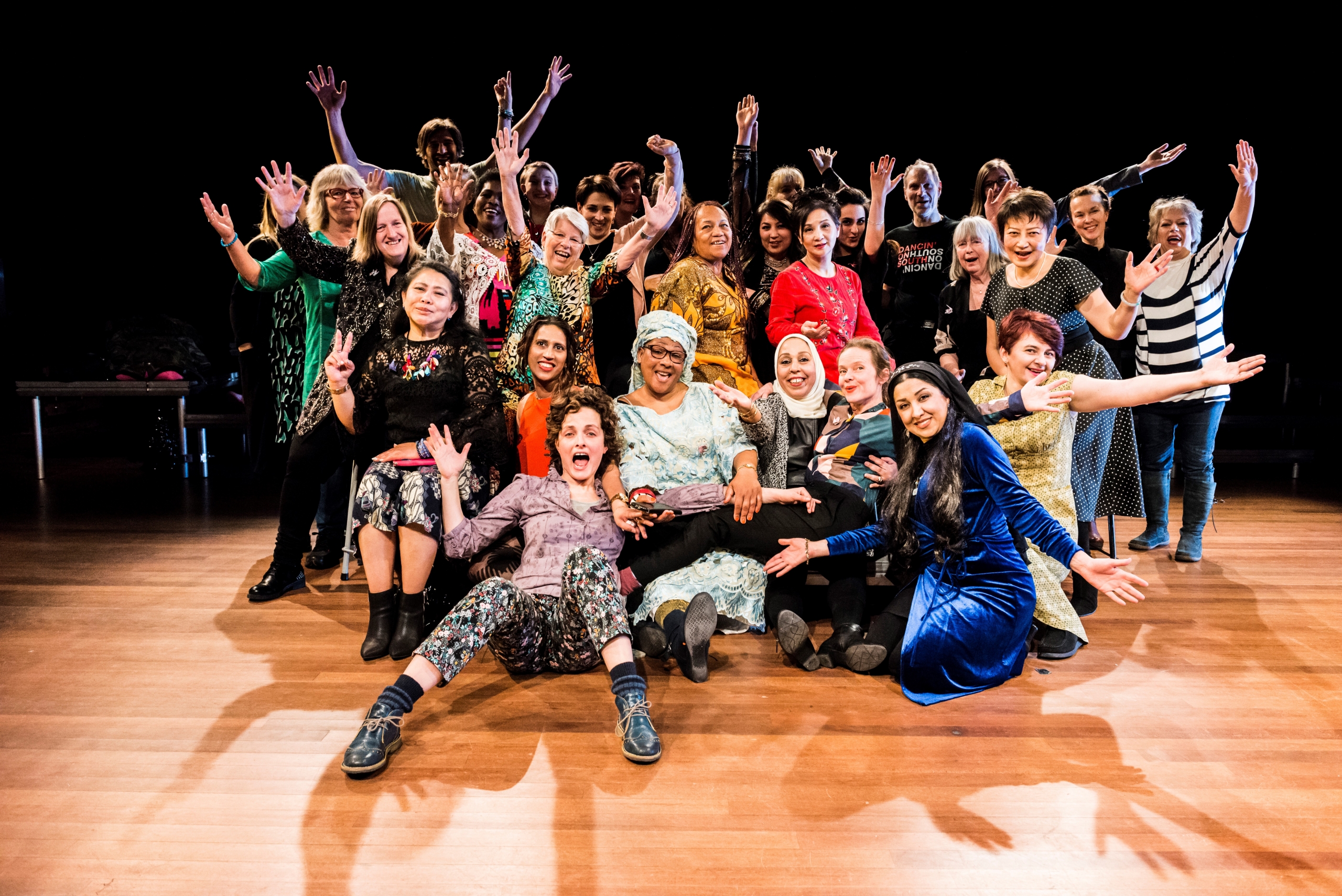 Women Connected Around the World

Women Connected believes in a more beautiful society by connecting women of all cultures, generations and backgrounds and allowing them to rise above themselves through professional theatre productions.

Women Connected is growing and has enormous potential for the future. We look for and find better ways to reach a target group of diverse, multicultural women. Artistically, Women Connected is experimenting with innovative forms to make their women stand out on stage and to give them a voice for a large audience. Socially and economically, steps are being taken to give women who want to, the opportunity to grow in the Women Connected network.

ABOUT WOMEN CONNECTED
Women Connected is an on-going project that involves women from all over Rotterdam. Together we create performances about their lives, their yearnings and their experiences. Women Connected works with women from different generations, cultures, and regardless of their training and talent. They share a common desire in inspiring other women to become stronger. Women Connected knows what make women tick and what societal issues they face. These become guiding themes in easily accessible theatre processes. Many of the participants Women Connected seeks to reach do not immediately have the courage to climb on stage to perform for the public. The project offers them, therefore, a very slow familiarization with theatre in safe spaces – until they are ready to make the next step and become role models by performing for other women. One of the results that emerged from Women Connected is Silent Heroines Disco.

Silent Heroines Disco (Stille Heldinnen Disco)
Through headphones you hear music and stories… Some take us far away to distant places while others keep us closer to home. On stage, we see all kinds of women who live in Rotterdam, but whose roots lie all over the world. They are moving and dancing in their own way, like they want to, as if no one were watching. The stage is their domain for a little while. We hear their stories, hear their favourite music, watch them dance, and are invited to dance along with them in the end.

Silent Heroines Disco is made by director Kaat Zoontjens. She has years of experience working with vulnerable women from Rotterdam who aren’t usually involved in theatre. Their voices are seldom if ever heard in the dominant culture in the Netherlands; they are usually invisible and are at best talked about by others. But they form an important part of the diverse cultural fabric of Rotterdam. This intimate performance provides you with a unique insight into their lives.

“I was struck by the sheer integrity, beauty and honesty of the performance. The sharing of life stories through recordings, coupled with music choices to complement and support the personal testimonials, was a powerful experience. As I laughed, cried and danced with the women on stage, I knew that we had to be part of this fascinating and evolving international movement of connecting women.”
– Elly Goodman (Citizens Theatre)

ACTA Community Theatre in Bristol
Acta associate, Jody Cook, recently secured Arts Council England investment to deliver her “Silent Heroines Disco” project in Lockleaze this year. Inspired by her trip with the acta staff team to the International Community Arts Festival (ICAF) in 2017, acta supported Jody to make a bid to deliver her own version here in Bristol in 2021. An immersive theatre piece delving into the untold stories of the all-female cast, through an exciting, alternative audio performance.

Tysta Hjältinnors Disco
During two weeks in November 2017 a group of women from Biskopsgården, Gothenburg, Sweden, worked together with the Dutch artists Kaat Zoontjens and Inez Schatz. The 21st of November the Community Dance project was presented to the public for the first time: Tysta hjältinnors disco – Silent Heroines Disco. The concept has been developed by Kaat Zoontjens in the project Women Connected in Rotterdam, where she during many years has been working with community projects together with women from all over the world. The participants in Silent Heroines Disco in Biskopsgården are 23–71 years old, some has Swedish background, some have roots in other countries.

In March 2018 part of the group from Biskopsgården went to Holland. They met a group of women who worked with Kaat and Inez in a Dutch version of the project. The two groups worked together, and made two performances on International Women’s Day, at Islemunda, podium van IJsselmonde.

The Community Dance project in Biskopsgården is run by Kultur i Väst and Göteborgs Stad, in collaboration with Danspoolen. 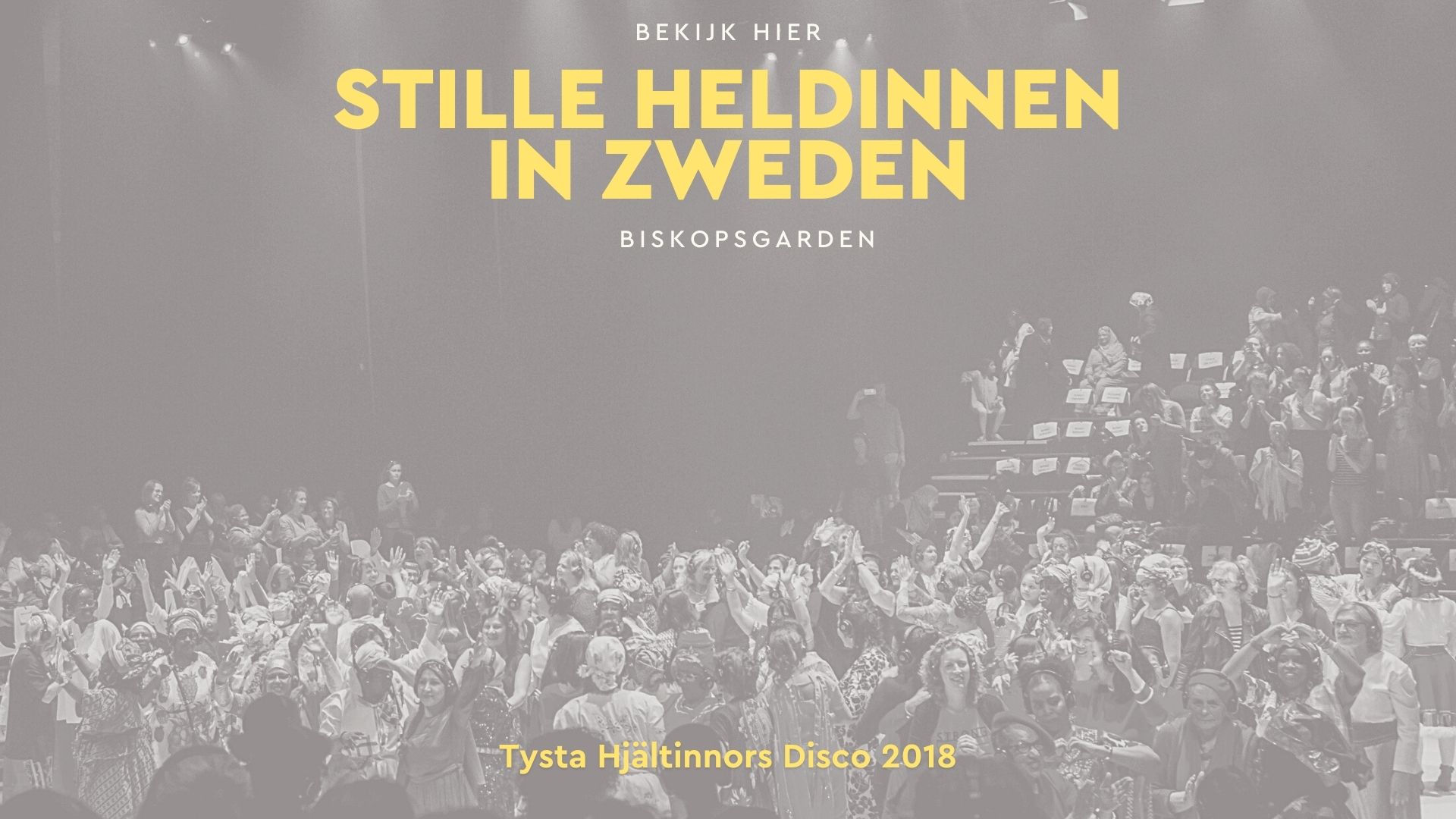